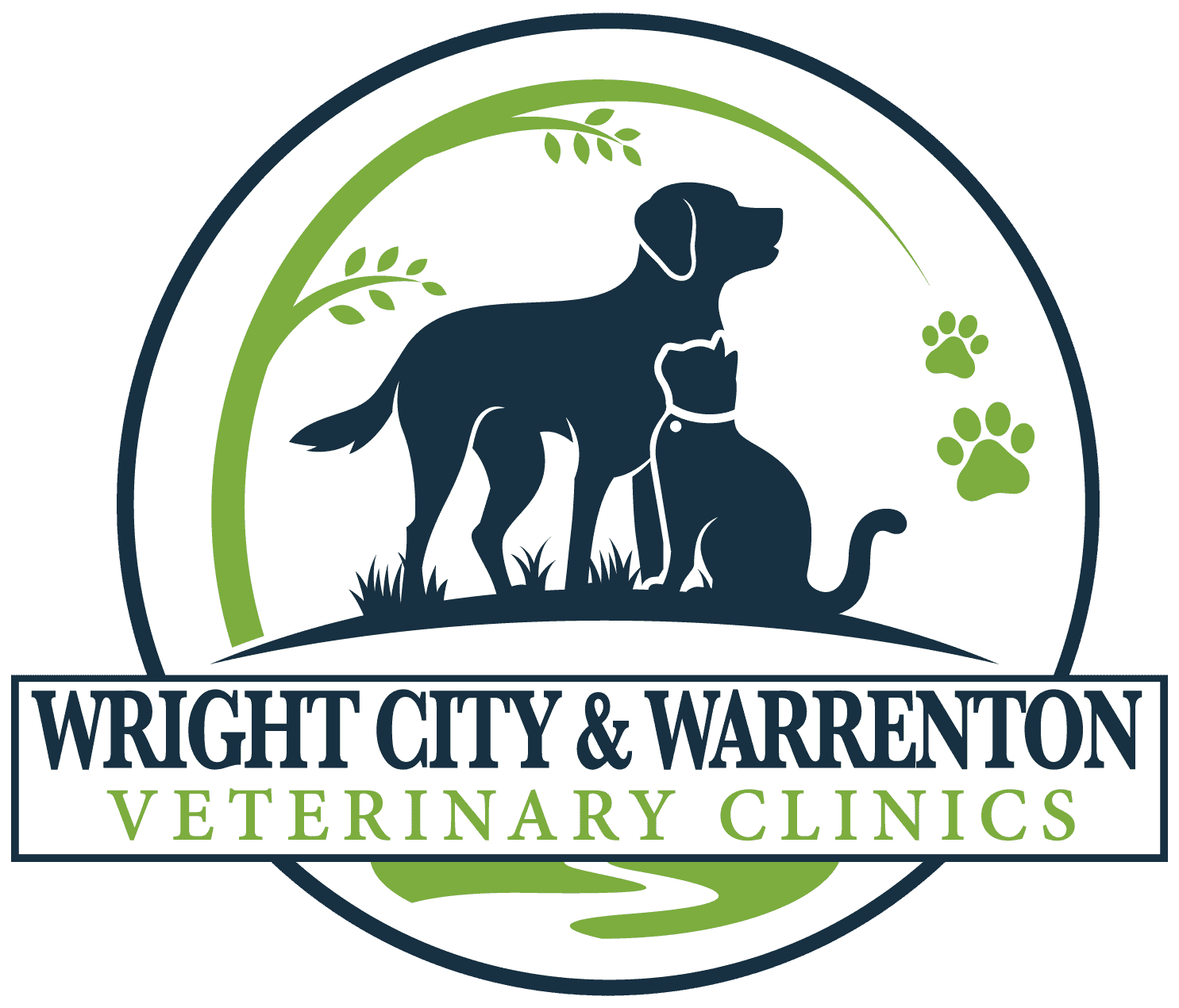 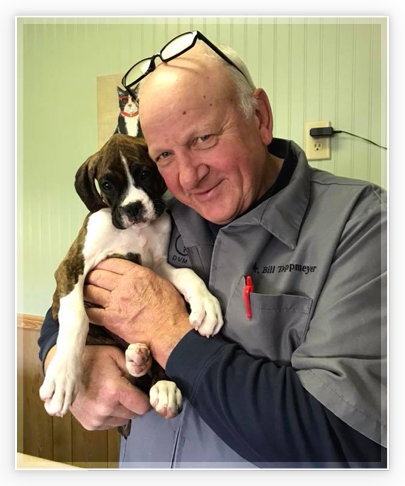 When Dr. Tappmeyer opened the Wright City Veterinary Clinic in 1978, he found that practicing veterinary medicine at his own clinic was similar to what James Herriott described in his books, including "All Creatures Great and Small. The people and the medications (in the books) were different, but the personalities and the situations were similar," Dr. Tappmeyer said.

"In my early years, West St. Louis County was all rural, by my high school days it was all suburbia.” Dr. Tappmeyer, who grew up in Creve Coeur, said. "We had cats, dogs, mules, cows, hogs and chickens." In high school, he shadowed two veterinarians at County Veterinary Hospital in St. Charles.

Dr. Tappmeyer and his wife Cheryl enjoy spending time with their three grown children and their families. They have one cat and some cattle. He is an active member of Friedens United Church of Christ, an assistant troop leader with Boy Scout Troop 22, and a volunteer at Independence Center Fishin’ Mission. He enjoys farming, camping, hiking, and vintage tractors. 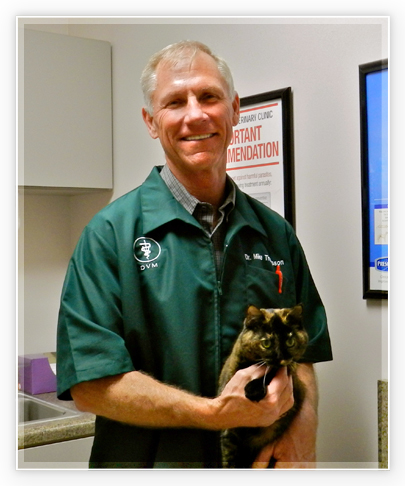 Dr. Thompson has had a long association with the doctors at this hospital. "As a pre-veterinary student, I used to ride on large animal calls with Dr. Tappmeyer. Later, I would help Dr. Schmittel and Dr. Tappmeyer on weekends when I was in veterinary school. I got to know them very well, and am fortunate to have worked with them as partners and friends for the past 40 years," he said. Dr. Thompson joined the clinic staff in 1981.

Dr. Thompson and his wife Carol raise miniature donkeys on their farm, Thompson's Field of Dreams. All the newborn babies born on the farm are given "baseball" names. Dr. Thompson enjoys traveling, activities with his grandkids, St. Louis Cardinals and outdoor adventures. 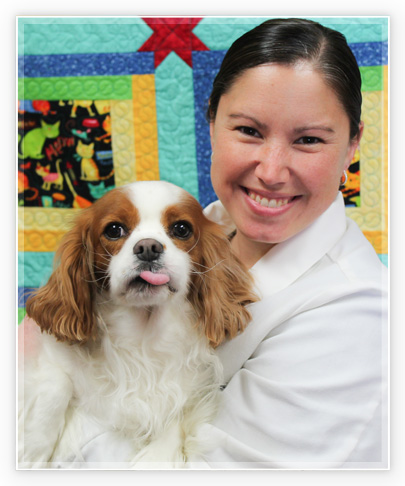 Dr. Jill has had a lifelong love of animals. Years of volunteering at the Humane Society of St. Louis as a child was her first experience with helping pets. Since then she has gained over 25 years of experience working in veterinary medicine. Working through college at an animal hospital, she realized that was the only career option for her. “I wanted the daily challenge and reward of helping people and their pets.” She received her undergraduate degree in Biology from St. Louis University. She went on to earn her Doctorate of Veterinary Medicine from the University of Missouri - College of Veterinary Medicine in 2004. She practiced in Troy and Wentzville before joining the Wright City and Warrenton Veterinary Clinics in 2007.

Dr. Jill is a member of the American Veterinary Medical Association and the Missouri Veterinary Medical Association with a special interest in Feline Medicine and the human-animal bond. She and her husband Kent have 2 children, a dachshund, and an orange tabby. They live on a small farm in Troy where the kids raise chickens and hogs for their 4H projects. When they are not going to practices and cheering the kids on at ball games, she enjoys fishing, reading and crafting. She has been happy to be welcomed into the warm hometown atmosphere of Warrenton. Her family attends St. John’s Lutheran Church, her daughter attends Holy Rosary School and the entire family is involved with Warren County 4-H. She looks forward to continuing to build relationships with the people and pets in our practice 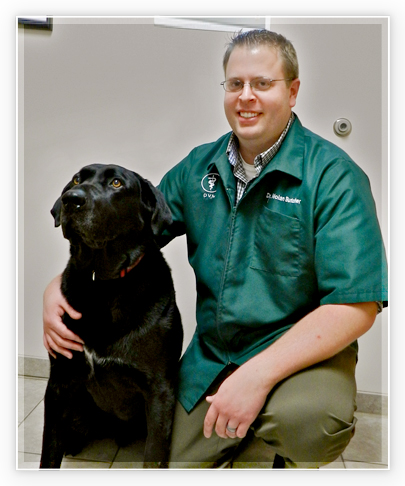 Dr. Butcher and his wife have two daughters Caitlyn and Claire. They share their home with one dog (Fitz) and one cat (Pete). Outside of the clinic, Dr. Butcher enjoys hunting, fishing, hiking, and traveling to national parks. 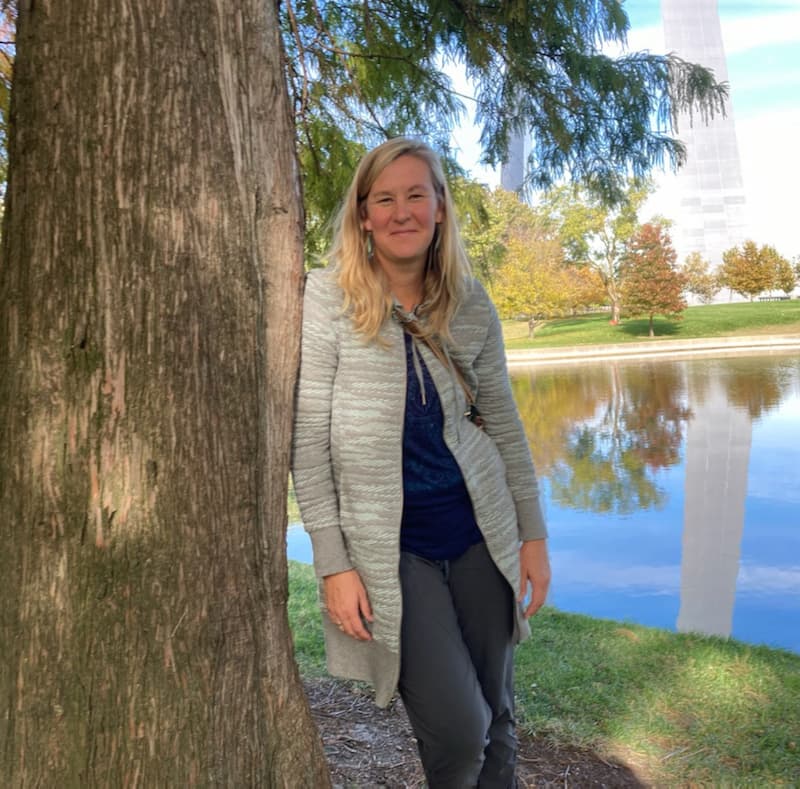 Dr. Andrea Hambach was born and raised in Warrenton. She earned her veterinary degree from the University of Missouri, graduating in 2002. After living and working in Alaska for 18 years, she moved back home to the Warrenton area in 2020. Her professional interests include soft tissue surgery, dentistry and senior/geriatric care.

She and her husband David have two boys, David and Miles, and one granddaughter, Brelynn. Their family has three crazy cats, Haley, The Rockster and Little Dude. In her free time, she enjoys running, making pottery, gardening and reading, with a new addiction to succulents. 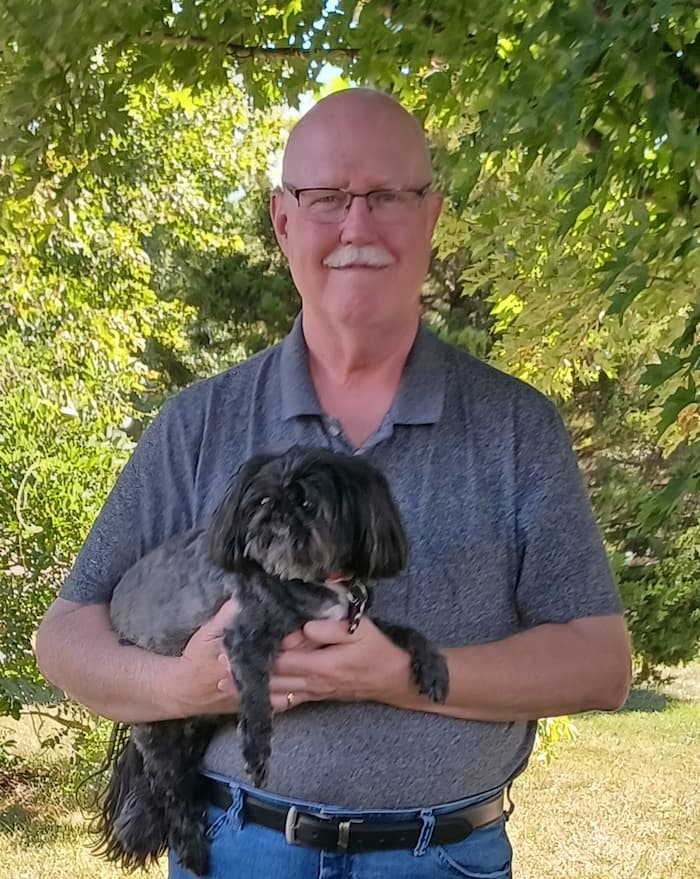 Dr. Ehlmann was in a mixed animal practice after graduation in Southeast Missouri until 1991 when he moved back to the St. Louis area and practiced small animal veterinary medicine. In 2011 he moved to Columbia, Missouri where he was the Shelter Veterinarian at the Central Missouri Humane Society. He has an interest in general surgery and is a member of the American Veterinary Medical Association. 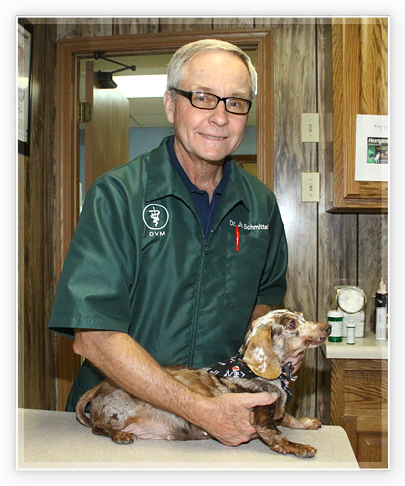 The second veterinarian to join the staff at Wright City Veterinary Clinic after Dr. Tappmeyer opened the facility was Dr. Schmittel. The clinic opened in 1978 and Dr. Schmittel began in 1979.

Dr. Schmittel and his wife Joan have four grown children and they share their home with a Beagle named Bailey and three cats, Maddie, Freckles and Garfield. 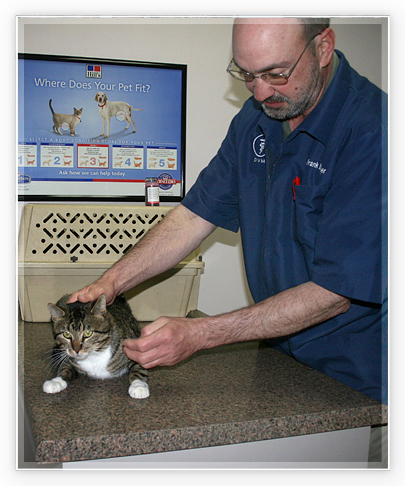 After 30 years of being a veterinarian, Dr. Lenzenhuber said he is still motivated by the "interesting animals and people I meet daily, along with the satisfaction that comes with helping both."

Dr. Lenzenhuber and his wife Rosie have four dogs, Daisy, Petey, Merlot and Norton and three cats: Walter, Billy and Jasper. He relaxes by playing golf, gardening and fishing.